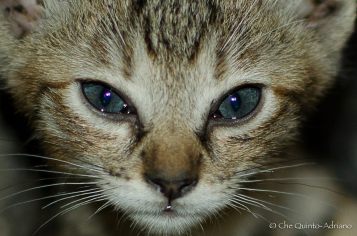 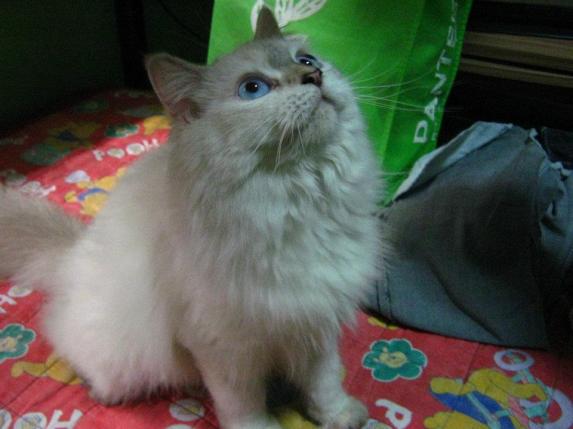 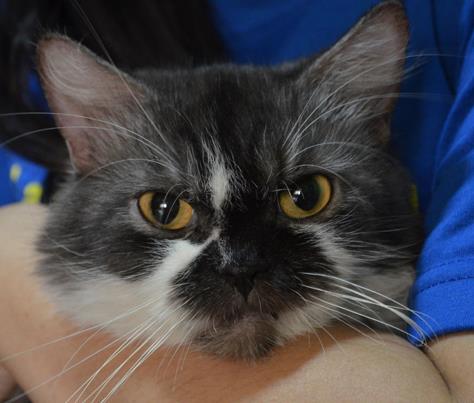 I read the books, A Street Cat Named Bob and The World According to Bob which were recommended by a good friend and it reminded me of the cats who graced my life.

I rescued an orange tabby kitten when I was about 6 years old. I was on my way to buy something at a store one block away from our house. As I  went around the corner,  I chanced upon this orange tabby kitten at the foot of a lamp post. I was so captivated by her; her soft mews and her purring. I made me promise that I’d return for her. Sure enough, she was still there when I got back. I carried her in my arms and brought her home with me. My mom was so furious with me! She immediately checked for fleas and gave the kitten a bath despite my protests. I named the kitten “Golden Treasure” which was shortened to Golden later on.

From that time on until the 4th grade, we had a total of 13 cats. Some were Golden’s offsprings who had offsprings of their own, some were rescued by us, and some were brought home by our cats. Yes, our cats rescued and invited other cats to our home. My late father knew all the cat’s names; him being an animal lover himself. During feeding time, he would instruct my sister and me to summon all the cats and he would say their names like a teacher doing a roll call in class.

These amazing creatures were treated like our family members. You would see them lounging on the couch, on the TV (definitely not a flat screen TV), on our bed, on the cabinets, even on open cupboards. So technically, our house is like a zoo. Have I mentioned that during the time we had 13 cats, we also owned 5 dogs. 🙂

Cats come and go as they please. When I entered college, we had more or less 6 cats. Many had already passed on. During an immersion to Cardona, Rizal, I was given 2 gray tabby kittens named Kernel and Jello by my host family. I couldn’t say no so I brought them home. When I was already working, I also had one gray and white cat named Bobbi that came from nowhere. Sadly, he wandered off after a year and never came back. When I was pregnant, my beau and I had this black and white half-Persian cat that we called Toby.  He would always follow me to make sure I’m safe and lie on my bulging belly as if he wants to be as close to our daughter as possible. Another cat named Toby who is the nephew of my cat Toby also graced our home. He is an affectionate black and white cat.

Having cats is like therapy for me. Perhaps because I was born a Leo (or Lion-big cat) or perhaps I was a cat in one of my past lives which explains my affinity for cats. Or perhaps, because cats have this charm about them; I couldn’t resist being around them. I’ve had cats that curl up on my lap as I read a book on cold, rainy nights. I’ve had cats that sleep on my tummy when I have tummy aches which miraculously and eventually disappear. I’ve had cats that sleep with us on the bed at night and wake us up in time for school in the morning. I’ve had cats that consoled me in my lowest times and celebrated with me during my highs. I couldn’t recall all their names but they have been an integral part of my life. Cheers to the cats in my life. 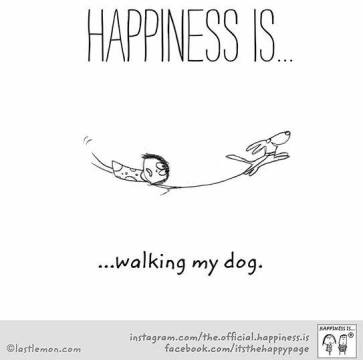 Seeing this picture made me smile and say; “This is so me! I have a mandatory exercise schedule which starts at 4 A.M. before I prep my daughter for school and at 6:30 A.M. just before I prep myself for work. All thanks to our hyperactive Terrier and Labrador mix dog, Chad.

Chad has been with us since 2014. We got him when he was just three months old. I fondly remember him wearing a knitted shirt and a diaper. He was so cute and cuddly.

At first, I didn’t want to get a dog because I knew the responsibilities that come with having a pet. It was like having another baby. I wasn’t sure at the time if we could take good care of him. Despite this, I fell in love with him the minute I came home and saw him.

Three years hence; we share a special bond. I always look forward to coming home and him greeting me. My beau told me that Chad would always wait and look at the door minutes before I arrive. I think he can smell me a mile away.

Chad has become my therapy dog. At times when I come home from work tired and stressed, he would simply wag his tail, jump on me, and howl as if to say; “Welcome Home Mommy! I missed you!” I take one look at those adorable brown eyes and all my worries melt away. 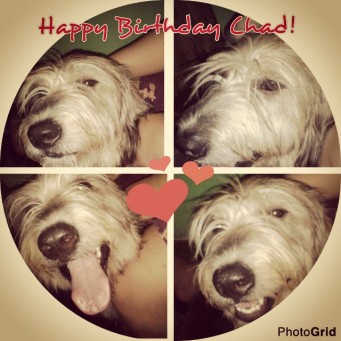 Chad has and will always have a special place in my heart. He is the combination of all my beloved dogs–Jules (the adventurous one), Comet (the rambunctious one), Hailey (the touchy-feely one), Ashley (the clingy one) , and Tiny (the charming one).

Despite sharing personality traits with my former dogs, Chad also has other lovable qualities. Thus, I counted the ways why I love Chad.

I can go on and on about how much I love Chad but I’ll never get to finish this post. For now, I couldn’t imagine life without him.